Madeleine Dammers Austin Erdman was educated in the U.S and The Netherlands.

Her sympathetic, intelligent and systematic approach to the development of horse and rider has been a successful recipe for many years.

She has trained numerous horses to Grand Prix. Her horses have won USDF Horse of the Year awards at all levels, including championships. While dressage is her own competitive venue, she coaches students from all disciplines in an effort to enable them to bring out the best in themselves and their horses. She has students who have received USDF Bronze, Silver and Gold medals.

She has had students long-listed for the Olympics (eventing and dressage), World Equestrian Games and the Pan Am games (dressage). Her daughter, Elisabeth, who holds the unique/difficult distinction of being a rider coached largely by her mother, competed very successfully at the NAYRC in 2002, 2003 and 2004, when she was the individual silver medalist. Elisabeth is considered to be one of the most talented rising dressage stars in the country. In 2006 and 2007, Elisabeth rode the home bred Olivier to the Brentina Cup Championship at the USET Foundation National Dressage Championship. In 2010, they were long-listed for the World Equestrian Games.

Madeleine has imported numerous horses from Holland during the last thirty  years who have had extremely successful careers in several disciplines. The Dutch Warmblood breeding program at Imajica has produced national champions, KWPN Top Ten horses and FEI competitors.  Olivier is the piece de resistance of this program.

Cross-training plays a large part in the development of Imajica’s horses; all the dressage horses learn to jump and all of the jumpers are schooled in basic dressage.

The University of Vermont Equestrian Team, which Madeleine has coached for many years, is one of the most successful in the country. High placings for the team at the national level confirm their status . Individual riders have won some of the highest honors in collegiate comepetition, including the Cacchione Cup. 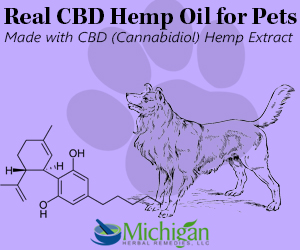